A hash table is an array associated with a function (the hash function).

This function maps keys to array indices. For example, in this slide we see that the hash function has mapped the key 'banana' to index 1.

But what's going on under the hood?

The hash function takes a key as input and computes an array index from the intrinsic properties of that key.

Keep in mind that hash tables can be used to store data of all types, but for now, let’s consider a very simple hash function for strings.

This hash function uses the first letter of a string to determine a hash table index for that string, so words that start with the letter 'a' are assigned to index 0, 'b' to index 1, and so on.

Time to throw a wrench into things. What if we want to store the word berry into the table as well?

Berry hashes to index 1, just as banana did. This is an example of a collision, the result of two keys hashing to the same index.

With linear probing, if a key hashes to the same index as a previously stored key, it is assigned the next available slot in the table.

As you can surmise even from this simple example, once a collision occurs, you’ve significantly increased chances that another collision will occur in the same area. This is called clustering, and it’s a serious drawback to linear probing.

Worst case insertion, deletion, and lookup times have devolved to O(n), as the next available slot could potentially have been the last slot in the table.

In the separate chaining model, the hash table is actually an array of pointers to linked lists.

When a collision occurs, the key can be inserted in constant time at the head of the appropriate linked list.

What happens now when we search for banana in the hash table? We must traverse the entire linked list at index 1. The worst case lookup time for a hash table that uses separate chaining (assuming a uniform hash function) is therefore O(n/m), where m is the size of the hash table.

Since m is a constant, O(n/m) is theoretically equivalent to O(n). In the real world, however, O(n/m) is a big improvement over O(n)!

A good hash function will maximize this real world improvement.

Resolving collisions entails one form of linear search or another, which slows things down considerably. Therefore, you’ll want to choose a hash function that minimizes the chance of collisions occurring in the first place. Here are some properties of good hash functions to keep in mind:

Indexing outside the bounds of an array is one of the most common causes of segmentation faults. Be sure your hash function returns a hash value that is within the bounds of your hash table by modding by the size of the table.

Write a hash function for strings that sums the ASCII values of the argument key's characters. Don’t forget to take into account the size of your hash table!

In the default code, we’ve provided functionality to get a string from the user and print out its hash value (according to your hash function)! Don’t worry about invalid inputs. 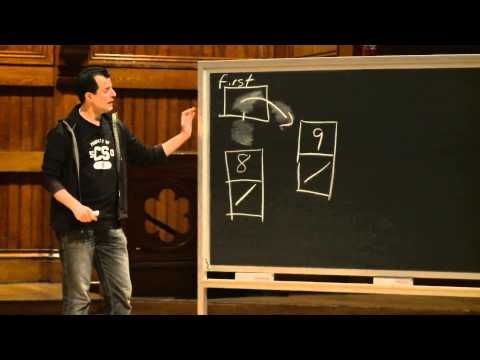 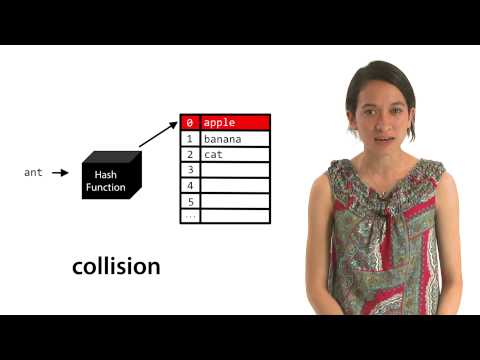